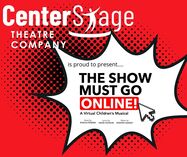 The Show Must Go Online!
Directed by Cammie Kolber and Music by Vicky Bailey

A frazzled DRAMA TEACHER sends a video message to her students from her home office, announcing that their production of Brushes With Greatness: The Dental Hygiene Musical has been canceled! She tries to hang up, but accidentally leaves the camera running, as she receives a phone call from the principal who tells her: without the musical, the drama program will be shut down.

"Is this the real life?"
Featuring chart-topping Queen songs including “Another One Bites the Dust,” “Bohemian Rhapsody,” “Killer Queen,” “We Will Rock You,” “Somebody To Love,” “We Are the Champions,” and many more, this adaptation of the West End show follows a bohemian band and two young rebels as they restore rock ‘n’ roll to “the iPlanet” in a post-apocalyptic world. WE WILL ROCK YOU Young@Part is a musical for our time: a fist-pumping, foot-stomping anthem to individuality. Are you ready to ROCK?! 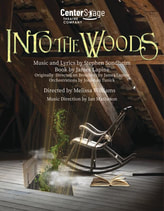 ​An ambivalent Cinderella? A blood-thirsty Little Red Riding Hood? A Prince Charming with a roving eye? A Witch...who raps? They're all among the characters in James Lapine and Stephen Sondheim's fractured fairy tale story INTO THE WOODS. When a Baker and his Wife learn they've been cursed with childlessness by the Witch next door, they embark on a quest for the special objects required to break the spell, swindling, lying to and stealing from Cinderella, Little Red, Rapunzel and Jack (the one who climbed the beanstalk). Everyone's wish is granted at the end of Act One, but the consequences of their actions return to haunt them later, with disastrous results. What begins as a lively irreverent fantasy becomes a moving lesson about community responsibility and the stories we tell our children.

FROZEN JR.
November 21-24, 2019 at Platte Middle School
​Directed by Arianna Snow
A story of true love and acceptance between sisters, Frozen JR. expands upon the emotional relationship and journey between Princesses Anna and Elsa. When faced with danger, the two discover their hidden potential and the powerful bond of sisterhood. With a cast of beloved characters and loaded with magic, adventure, and plenty of humor, Frozen JR. is sure to thaw even the coldest heart!

​In the heart of Paris, a kind and eccentric millionairess wills her entire estate to Duchess, her high-society cat, and her three little kittens. Laughs and adventure ensue as the greedy, bumbling butler pulls off the ultimate catnap caper. Now it's up to the rough-and-tumble alley cat, Thomas O'Malley, and his band of swingin' jazz cats to save the day.