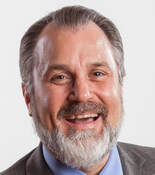 As administrator/ educator/ artistic director, Steve has overseen the development of four companies, including the Living Edge Theatre Company in Los Angeles, Compass Theatre Company in Denver, the theatre department of the Mizel Arts and Culture Center and PHAMALY Theatre Company. He has served as adjunct professor for the Arts and Culture Management program at DU’s University College. He has been a faculty member at the Wolf Theatre Academy, Stage Eleven and St. Mary’s Academy (10 years), as well as an artist-in-residence throughout the Cherry Creek and Denver Public School Districts.

As theatre director recent credits include: Newsies (Town Hall Arts Center), The One-Act Play That Goes Wrong (Vintage Theatre Company), The Scarlet Pimpernel, The Sound of Music (Candlelight Dinner Playhouse), Fiddler on the Roof (Ovation West) and An Ideal Husband (The Naples Players). He garnered awards for “Best Director” from both the Denver Post and Boulder Daily Camera as well as four Henry Awards (Colorado’s Tony Award) for “Best Direction of a Musical” for his productions of Joseph and the Amazing Technicolor Dreamcoat, Urinetown, Man of LaMancha and Beauty & the Beast for PHAMALY Theatre Company. Steve also received a Denver Post Ovation award as “Best Director of a Musical” for PHAMALY’s Joseph... and Side Show as well as a “Best of Westword” award for “Best Direction of a Musical” for PHAMALY’s Beauty and the Beast. In addition, he was the recipient of the 2014 “True West Theatre Person of the Year” award. For 14 years he served as the Artistic Director of PHAMALY where directing credits included Grand Hotel, Damn Yankees, Once Upon a Mattress, The Pajama Game, Guys and Dolls, The Wiz, Our Town, How to Succeed, Little Shop of Horrors, The Elephant Man, Fiddler on the Roof, It’s A Wonderful Life and Annie. Additionally Steve has directed: Poignant Irritations (world premiere and winner of “Best New Play”), The Sisters Rosensweig and The Cradle Will Rock (Mizel Center); over 30 major productions for the Wolf Theatre Academy; Chinglish (Aurora Fox Arts Center); Cyrano de Bergerac (Compass Theatre Company); Androcles and the Lion, The Prince and the Pauper, The Last Paving Stone, Tomato Plant Girl, The Snow Queen, Art Dog, The Jungle Book and Sleeping Beauty (Denver Children’s Theatre); Midsummer Night’s Dream and The Comedy of Errors (Bug Theatre); Oliver! (Town Hall Arts Center) and Twelfth Night (The Theatre Group).

Steve currently serves on the Board of Directors of the Colorado Theatre Guild (former 6 term President), Rehabilitative Rhythms (a music therapy organization; board Treasurer) and IDEA Stages (Treasurer). He has formerly served on the Collaborative of the SCFD board (7 term co-chair) as well as the Citizens for Arts to Zoo (CATZ) board. In addition, Steve has served on multiple cultural task forces including the 2015 SCFD Task Force charged with recommendations for the SCFD renewal legislation.

​He is married to professional actress Leslie O’Carroll and is a proud dad of their talented daughter, Olivia – a musical theatre major at the University of Northern Colorado. 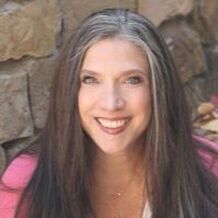 Christina Monsolino (Production and Facility Manager)
Christina has a lifelong love of theatre. At a very young age, she was in youth theatre as ensemble and then found her interest in roles of stage manager, set and props, winning a local honor for youth stage manager. For 12 years she also participated in an award winning acapella chorus. Her background includes work in various industries, all in management or coordinator positions. Her passion for Theatre, robust background and ease of multi-tasking and management, shaped her skill set to be a seamless fit for CenterStage/Tapestry Theatre Company.
For more information on CenterStage Theatre Company, contact us at
info@centerstagetheatrecompany.org or 303-529-2782