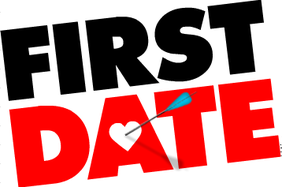 Performances July 28-August 7
Tickets on sale now!
CenterStage Theatre Company's Emerging Artist Series is thrilled to be bringing the Broadway musical First Date​ to Louisville! Funny, sassy and smart, youll laugh at the ups and downs of that classic ritual — the first date.

When blind date newbie, Aaron, is set up with serial-dater, Casey, a casual drink turns into a hilarious high stakes dinner!  Can this couple turn what could be a dating disaster into something special before the check arrives?

Make this your own fun date night in the intimate setting of the Louisville Arts Center.

Reserve a premium table seat and come in as early as a half hour before the show to enjoy some refreshments and beverages!

This musical contains suggestive language and is recommended for mature audiences ages 15 or over.