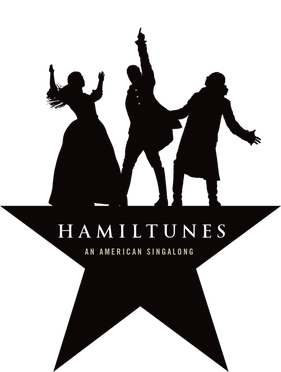 8pm singalong (High School and Older HAMILFANS only)
Onsite Happy Hour at 7:15pm (Soft Drinks, Beer, Wine, and Snacks)
Hamiltunes at 8pm, two acts with one intermission (may not be appropriate for all ages)

Check out the Facebook Event Page for updates and additional info! For the newbies, Hamiltunes Louisville gives you the opportunity to share your Ham obsession with other HamilFans while you take YOUR SHOT at the mic performing your favorite Hamilton songs! While you are at the mic, the rest of the HamilFans in attendance will RAISE A GLASS and be your backup singers.

Our events feature YOU on stage singing and rapping your heart out to the greatest soundtrack of all time IN THE GREATEST CITY IN THE WORLD (at least, in our opinion...)

YOUR TICKET PURCHASE IS YOUR ACCESS TO THE SONG SIGN-UP GENIUS (as well as your general admission seating with all the other HAMILFANS!) Each REVOLUTIONARY SINGER ticket purchased gives you the chance to sign up to sing one "lead" role, as well as ONE chance to be someone’s RIGHT HAND MAN and sing a supporting role.  A link to the SIGN-UP GENIUS  will be sent to your email the morning after you buy your ticket!

Does the idea of singing onstage give you stage fright? Do you suddenly feel HELPLESS? No problem! Be part of the SUPPORT TROOPS and and just sing loud from your seat!

So, if you are living in a love triangle and really need to TAKE A BREAK, or really feel like you are WORKIN' ON THREE pints of Sam Adams these days, you may want to purchase tickets in advance so you can snag those songs ASAP (we promise, they go fast!). Join us for food, libations (adult beverages for a small donation) and merrriment  Come on -- it's time to TAKE A SHOT!
For more information on CenterStage Theatre Company, contact us at
info@centerstagetheatrecompany.org or 303-529-2782